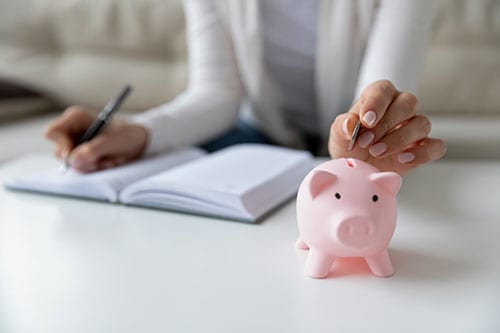 A Tale of Two Entities

Learning to Use Business Income Wisely

“It was the best of times, it was the worst of times” were the words that Charles Dickens used to open his classic novel, “A Tale of Two Cities.” In the book, he contrasted circumstances in the cities of London and Paris during the French Revolution. In this article, we will use a little different approach than we usually do to suggest policies and practice for business owners. I would like to contrast, from my own experience, what happened with two different entities I have owned, and how one key decision made differently in the two entities has impacted me financially, both personally, and in business.

My first business included two other managing partners, the most influential of which was my former wife. She is a good woman, but her priorities for money were different than mine. She grew up with a lot of financial advantages and did not go without some luxuries to go along with the necessities. So as a protective mom, she wanted to offer the same to her children. As a result, every time money came into the business, she already had a use for it for the family, and especially the children. Two new cars (after all, we were business owners and our cars needed to be new and nice) new computers for all the children, best clothes, eat out a lot, etc.

The third partner was very passive, and I, of course, wanted to keep my wife happy. The result was that the lack always occurred in the business, there was not enough money to put back into growth, and when a major problem came along, we did not have the reserves that we needed. And we struggled to pay taxes for the business as well. We stayed afloat because we had great products, and that business still exists today, although I agreed to bow out in the divorce, so that she had money to take care of her three children, and I felt that I would be more versatile.

As a result of the divorce, I needed to move in a different direction. She could not buy me out, so I was still an owner for several years, and it would be a conflict of interest for me to continue in the same direction. I moved on to do some work for other companies, but also started my own business as a real estate investor.

I had learned some uncomfortable lessons from that experience, and I agreed to take on most of the family debt that we had created. If I was going to survive personally, and establish a new business, I needed to approach the use of money differently. I knew that I could not spend money on a lot of personal desires, I needed to solve the problems of the past, so I developed an approach that required a lot of discipline. It included three major priorities, beyond the basic human need for me to survive.

I set about making these things happen, and I did not have any other managing partners to work with, so I could set about dealing with those issues in my own way. I won’t go into the sacrifices that I had to make in order to accomplish these three objectives but let me share some results.

I was able to put together some good solid deals in real estate and paid off the old debt, or “settled” on these debts within 18-24 months. At the present time, the only debt that I have after years of living this way is real estate debt (mortgages). We call that good debt; it is debt that also makes us money.

I did not have to worry when quarterly tax payments were due, that money was always budgeted for. I set aside 15%-20% of gross for taxes, and once we deduct the expenses, costs, and other deductions that we are allowed, we are beyond worry and the taxes are paid.

I began setting aside additional money to cover for unexpected problems and expenses on properties. An example would be when a tenant does not pay their rent, or there is a major repair. I have maintained that fund now for over 23 years, it is never empty, and I begin working on replacing money as soon as it has been spent. I call this my “sleep at night” fund, and believe me, I lose a lot less sleep over worry about my real estate business.

My purpose in this article has been to illustrate the importance of careful planning and saving in business, and to get our priorities straight. I believe in enjoying the benefits of our labor, but not at a cost that kills the goose that lays the golden eggs.

If you do not choose to take all the actions we have suggested here, we hope that you will at least use this article to ask yourself serious questions about the ways that you use money. There is a big difference between those people in this country who have become very successful because of their own efforts and those who are not successful. These people are analyzed in an older book called “The Millionaire Next Door,” which is where I originally learned the principles included here. If you really want to know how that group of people live, and how they became millionaires, I encourage you to pick up that book. And I also wish you incredible success, and the ability to sleep well at night!