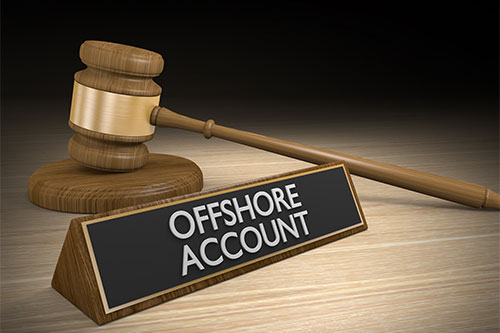 Major spending bills have been moving through Congress, and the Biden administration is talking corporate tax increases to pay for them. Moving through now is a $2 trillion or so bill for infrastructure and many social programs. To help pay for ambitious spending, the Made in America Tax Plani would raise the corporate tax rate from the current 21% rate to 28%, the rate before Trump’s tax cuts were implementedii.

The administration states that the tax plan would capture $2 trillion that would otherwise “flow out of the country.” There is support among voters to extract “equality” in taxes from major corporations. The consensus is that these huge technology, manufacturing, and financial companies are exploiting legal loopholes and lucrative benefits in the tax code to pay little or nothing in taxes.

The current 21% corporate tax rate came into being with the Tax Cuts and Jobs Act enacted during the Trump administration. It rolled the rate back from 28%. Nation members of Economic Cooperation and Development have an average 23.51% corporate tax rate. The 28% rate, when combined with state corporate taxes, place the U.S. rate at 32.34%. This would be the highest rate among almost all developed countries.

Many tax and economic experts argue that it is not the corporate rate that is the problem. Many huge companies pay far less than 28%, and some pay no taxes at all. This is due to deductions that they take. The Institute on Taxation and Economic Policy reports that at least 55 of America’s largest companies paid nothing in federal taxes for 2020iii. This was despite earning a collective $40.5 billion in pretax income. The Biden plan is to impose a minimum 15% tax on companies with more than $2 billion in income and with large discrepancies between the income reported to shareholders and that reported to the IRS.

These nonexistent or tiny tax payments were accompanied by massive stock buybacks, rising dividends, and record-breaking corporate profits. Many experts agree that the changes in the Tax Cuts and Jobs Act had some positive effect in moving corporate activities back into this country. However, they also agree that American workers were not sharing in the massive profits; instead, investors, in this country and others, reaped far more in benefits.

The overall goal of changes in current tax proposals is to remove loopholes and overly beneficial deductions such that behemoth corporations will begin to pay more in taxes. During the campaign for the presidency, Biden promised to help the average American by making the big companies pay “their fair share” of taxes. As the tax proposals wind their way through Congress, it is expected that the 28% rate will be reduced, but some sort of minimum tax will be put into place.

i The Made in America Tax Plan – Treasury.gov