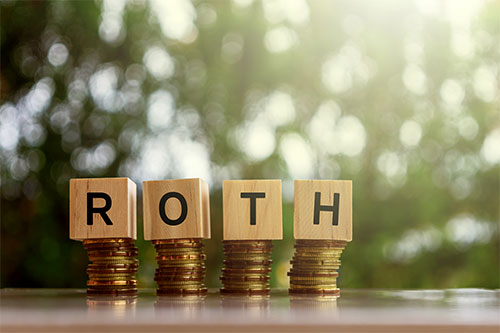 As the Biden administration moves forward with massive spending packages, he has made it clear that tax hikes on business and wealthy individuals are coming soon. Tax and investment advisors are calling their clients and recommending Roth accounts over conventional IRA and 401(k) accounts.

The Biden administration has indicated on numerous occasions that the intent is to raise taxes on those whose income exceeds $400,000 per year. This is one of their methods of funding the many initiatives proposed for infrastructure and social programs. The top individual tax rate is expected to be increased to 39.6%, up from the current 37%. That is the level in place prior to the 2017 Tax Cuts and Jobs Act. Most tax experts expect the rate increase to go into effect, as it has been promised during the campaign and after the election on a regular basis.

While the extra 2.6% in the individual rate may not rise to the level of alarm for many, it should be considered in the context of other tax initiatives in the works. Combining them could have a dramatic effect on your lifestyle in retirement.

In the context of retirement savings, these are significant proposals. A Roth conversion helps in that the size of the estate is reduced by the amount of income tax paid on that conversion.

It is Not Just About the Rich

Currently, conventional pre-tax retirement accounts get a tax break based on the tax bracket of the saver.

The new Biden plan would eliminate the bracket structure with an across-the-board 20.5% deduction. This is a significant reduction of 16.5% for top bracket savers. This could be another reason to look at conversion to a Roth.