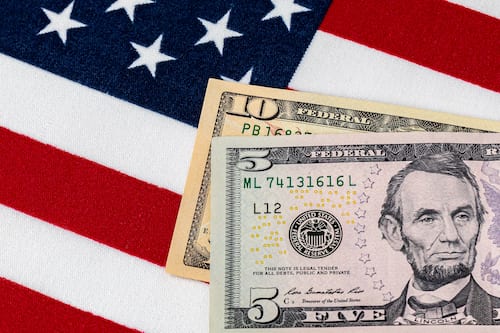 The Democrats in Congress are attempting to use Reconciliation to pass some legislation. Under the rules of the Senate, Reconciliation allows the passage of some fiscal legislation with only a simple majority vote rather than 60% of votes. However, the Senate parliamentarian ruled that the $15 minimum wage proposal could not be tacked onto the $1.9 trillion aid bill. This is because the bill must be primarily fiscal in nature. The huge stimulus bill does not meet the requirement to add the minimum wage change according to the parliamentarian.

The current strategy seems to be an amendment to take tax deductions away from large profitable corporations that do not pay all workers at least a $15 minimum wage. Though vague at this time, the wording says that the tax funds will be used to provide incentives to small businesses to raise wages. This “tax penalty” would be levied on huge corporations that refuse to “pay a living wage,” as stated by Senator Wyden, an Oregon Democrat.

The failure to add the minimum wage to the huge stimulus/aid package has thrown a wrench into the process, as the Democrats struggle with how they may be able to change the package or if it should move forward without the minimum wage and with $1,400 stimulus checks. Currently, the Democrats are considering whether they have the time to convince all 50 of their Senators to support the tax increases and minimum wage hike. Setting this up as an amendment is expected to qualify under the reconciliation rules that require all elements of the bill to have a direct fiscal impact. Tying in the tax increases on large corporations accomplishes that objective.

From the White House, “White House economic adviser Brian Deese said Friday morning on MSNBC that the administration will “talk this morning and in coming days” with congressional leaders to “figure out the best way” to proceed with a minimum-wage hike while at the same time making progress on the aid bill.i”

Not all Democratic Senators support raising the minimum wage to $15/hour; notably Senators Joe Manchin of West Virginia and Kyrsten Sinema of Arizona said they would not vote for a bill with that minimum wage included.

Most Business Input is Not in Favor of Increase

The International Franchise Association states that it “supports a conversation around the minimum wage, but the only thing worse than doubling the labor costs of small businesses is disguising it through a backdoor tax increase in the middle of a pandemic while they are still struggling to recover from the worst economic downturn in nearly a century,”

A statement from Caroline Harris, vice president of tax policy at the U.S. Chamber of Commerce stated that “the last thing you want to do is raise taxes in the middle of an economic crisis.”

The outcome is expected to be decided in some way prior to March 14th due to the expiration on that date of unemployment benefits currently in force.