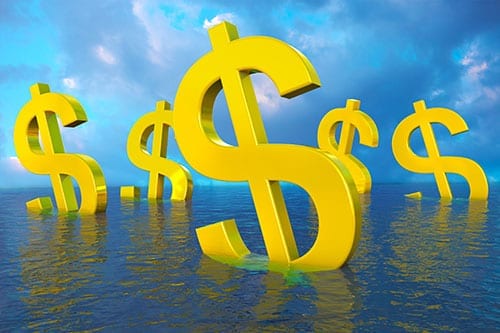 What You Should Know About Offshore Companies and Trusts

Offshore trusts are also called offshore asset protection trusts, and they’re a popular tool of the wealthy to shield their assets from creditors and lawsuits. The common method to set up an offshore trust is through the creation of an offshore LLC, Limited Liability Company.

Similarities to a Traditional Trust

There are three entities or parties involved in the trust: the Trustee(s), the Settlor(s) or Grantor(s), and the beneficiary(ies). The written document, or the trust deed, identifies the parties and the duties and powers of the trustee. The assets of the trust are managed by the trustee according to the document, handles distributions, possibly investments, and any other management decision allowed in the trust documents.

How an Offshore Trust Differs from a Traditional Trust

It’s the difference that makes the offshore trust a viable tool for asset protection. Based on the laws of the country where the trust is created, the trustee is bound by those laws and not the laws of other jurisdictions where legal actions may be taken against the settlor or to seize assets.

The trustee has a fiduciary duty to manage the trust exactly as instructed in the documents. If a U.S. resident creates a valid offshore trust with strong protections, the trustee can ignore a U.S. court’s demands or seizure actions outside that country’s jurisdiction. The court’s order is simply ignored and the assets in the trust are safely maintained and managed according to the trust documents.

Where are Offshore Trusts Usually Formed?

Some of the most common foreign jurisdictions for offshore trusts are the Cayman Islands, the Cook Islands, Bermuda and the Isle of Man because of their stable governments, their low- or non-tax policies and their lack of currency restrictions.

It is of great importance to investigate the stability of foreign countries offering offshore trusts, as once your assets are under the control of the trust and subject to the laws of that country, you could find it difficult or impossible to retrieve them should there be political or economic problems in that country. Selecting a country with laws that specifically set out protections for these type of trusts is advisable.

The technological infrastructure of the country, especially in the areas of banking and financial transactions management, is very important as well. When you’re thousands of miles away, you want to be able to access your asset accounts via computer through secure connections.

Taxes and the Offshore Trust

You should consider an offshore trust as an asset protection tool rather than a tax minimization strategy. In most cases, you’re still required to pay federal income and estate taxes according to U.S. laws and IRS regulations. The IRS and Congress have made considerable efforts to curb abusive tax avoidance strategies through establishment of offshore trusts. From IRS.gov:

“If an arrangement involves a foreign trust, taxpayers should be aware that a number of special provisions apply to foreign trusts with U.S. grantors or U.S. beneficiaries.

For example, a U.S. person who fails to report a transfer of property to a foreign trust or the receipt of a distribution from a foreign trust is subject to a tax penalty equal to 35 percent of the gross value of the transaction. Other examples of these provisions are the application of U.S. withholding taxes on payments to foreign trusts. See IRC §§ 6048, 6677, 1441 and 1446.”

The offshore trust is a valid tool for protection of assets, especially if you anticipate legal action in the future.