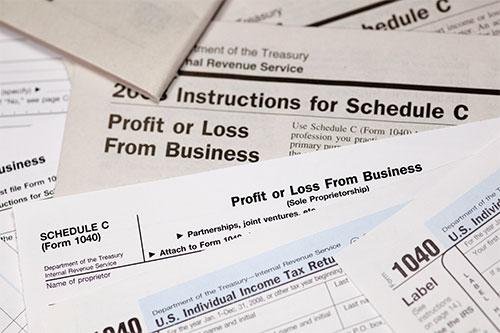 The revised bill amends the original version in significant ways, including doing away with the Senate version’s “Billionaires Tax.” Though there is plenty of doubt that the new version will pass both houses of Congress in its current version, business owners should stay involved with how everything is progressing. We’ll discuss what’s still included (and not included) and how it impacts business taxes.

Substantial modifications and some new proposals are included in the current bill. Some of the original September version is intact. Some of these proposals are currently focused on large corporations, but until a final version is passed, they could be amended to include smaller businesses as well.

This is a fluid situation, so stay in touch with your tax advisors and accountants to keep up with developments.

Retirement account proposed tax law changes would apply to IRAs and other qualified retirement plans. Plans maintaining high balances are the most affected.

Individuals and employers should keep up with these developments to act and possibly make changes to retirement accounts.

There are provisions that fall outside of the previous categories, but they are every bit as important to the small business.

The proposed extra funding for the IRS is intended to increase collections from most tax brackets, individual and business. One focus is on increased reporting of transactions through online payment providers like PayPal, Venmo, Square, and Stripe.

These proposed additions and changes to tax credits will be bullets of the titles with more detail at the Hunton Andrews Kurth article titled Tax Implications of the Build Back Better Act. Though some credits are focused on individuals, if enacted they would have an impact on businesses in related industries.

Tax law is of little interest to most people, other than tax professionals and accountants, but it becomes of great interest when it reaches into your wallet or pocketbook. Another wrinkle is the meandering through Congress of the Build Back Better Act and the changes so far and those to come if it is to get passed and signed.

From the first version to the current as described above, there are new, removed, and amended proposals, taxes, and programs. What a business owner can do with this information is to note the proposals that, if they are enacted, would change what they will pay in taxes on their business. Use the notes to ask questions and plan with tax advisors and accountants. You should expect some changes, even if they seem small. A seemingly small change can have a significant impact on certain industries or business types.

Biden’s tax plan for small business is a work in progress worth your time to monitor its progress and changes.