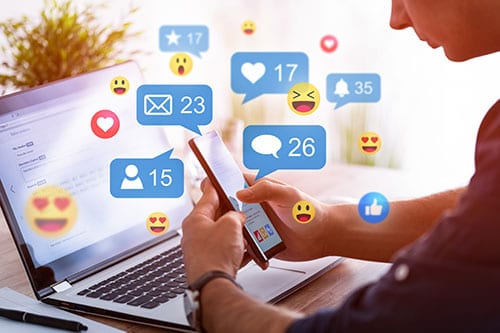 Business Use of Social Media in Turmoil

Prior to the beginning of 2020, a business owner who wanted to have a business presence on social media sites found it easy and free to set up. Depending on the business, they would use Facebook, Twitter, LinkedIn, Instagram, and Pinterest mostly.

The most effective way to utilize social media is to leverage the reach of the business website. The business owner would use social media to direct people to their website where the primary “selling” focus content was published.

Some smaller local businesses have gotten by with a Facebook page as their main online business presence. This is especially true for restaurants, food service, and local small service businesses. They could build a following on their Facebook business page and place sales and other marketing there.

In 2020, the already highly polarized political climate brought about some upheaval in social media. Sure, Twitter and Facebook are the giants, but they began to lose users in 2020 to sites like Parler, Gab, Telegram, Signal, and others.

While Facebook and Twitter are still the major players with billions of users, they both lost millions due to political issues and perceived censorship of one side of the political spectrum in the U.S. Though not a major blow to the big players, it could be a significant blow to small local businesses when many of their customers closed their Facebook and Twitter accounts.

As 2021 rolled around, many small local businesses, whether having their own website leveraged with social media or totally on social media, may need to make changes. This does not mean leaving the major players, but it could mean adding to their social media sites for marketing.

Amazon killed Parler by taking them off their host servers, but Gab and the others are all growing. Gab added millions of users in just weeks. Though relatively new, it has grown quickly and hosts on its own servers.

The point is that there are new players coming online in the social media category, and business owners should take notice and begin to create a presence on those that have been around for at least months and that they consider of value. The problem is often that they wonder where they will get the time to start and manage even more social site accounts.

It is a challenge to set up even more social accounts, but it is also a chance to reach people who have left Facebook and Twitter. One way to make your social posting more efficient is with one of the dashboard servicesi. These services provide a single point online where the business owner can post to all or most of their social sites.

One example of these services is Ryzelyii. Though it only has Facebook, Twitter, and LinkedIn at this time, as social sites become more popular, they should be adding them to retain their value to customers. Just consolidating those top 3 social sites will save you some time you can use to post to other and newer sites until they are added. At the free level, this tool should work for many.

Once you are set up and have connected the dashboard site to your social site accounts, you log into that one place to post. You can write a single post to promote your business, a sale, products, or services. You create them just as you would on the sites directlyiii.

Business owners, no matter what their politics, should be checking out the fastest growing competitors to Facebook and Twitter. As more of their business migrates, they should be adding new social sites to maintain and grow their businesses.

Sign up for our FREE weekly newsletter to help you DRIVE MORE MONEYINTO YOUR BUSINESS IN 2023 & Kevin O'Leary's new eBook: "Digital Pivot or Bust"