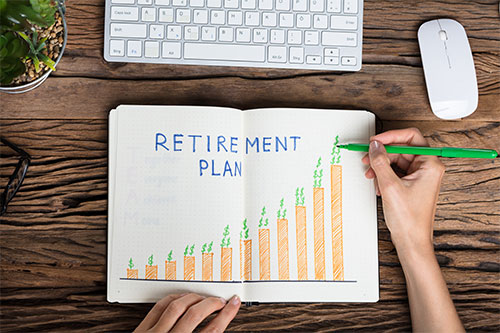 Toward the end of each tax year the IRS announces a mass of changes for the next tax year in just about every section of the tax code. Tax year 2022 is no exception, and there are announced changes to business retirement plans for employeesi. The headline of the announcement is that the IRS has increased the contribution limit on 401(k), 403(b), and most 457 plans to $20,500 from $19,500. This also applies to contributions to the federal government’s Thrift Savings Plan.

Changes in Phaseouts for Traditional IRA

Plan participant income ranges determine eligibility to make contributions to Traditional or Roth IRAs. Contributions to a traditional IRA can only be deductible under certain income conditions, and the deduction may be reduced or phased out depending on filing status and income if the taxpayer or a spouse is covered by a retirement plan at work. The phaseout ranges for 2022 are:

Changes in Phaseouts for the Roth IRA

Contributions to a Roth IRA are not deductible, as the tax advantage is on the other end when withdrawals are not taxable. However, there are phaseouts for contribution limits based on taxpayer income.

The rules governing qualified retirement accounts are complicated. Consulting with your tax advisors is best for the protection of your future retirement income and the minimization of taxes in current or future years. Both business owners and employees can benefit greatly from properly structured retirement plans.

Sign up for our FREE weekly newsletter to help you DRIVE MORE MONEYINTO YOUR BUSINESS IN 2023 & Kevin O'Leary's new eBook: "Digital Pivot or Bust"