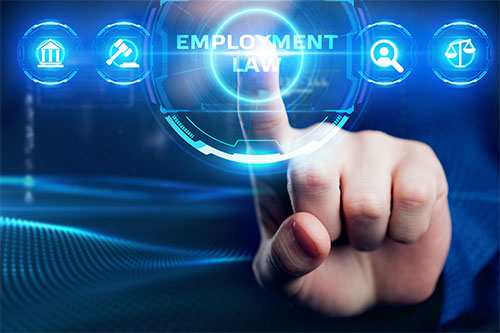 What Employers Can Expect from the Biden Administration

The newly-elected President and Vice President have both stated that the administration has plans to “make significant changes to the American workplace, including an expansion of workers’ rights.” One of the areas in which changes can be expected to generate early legislation is in fair pay equity.

The expectation is justified by Biden’s participation in the Obama administration passage of the Lilly Ledbetter Fair Pay Act of 2009. The act prohibited sex-based discrimination in wages between women and men when their jobs required substantially equal skill, responsibility, and effort under similar working conditionsi.

As a part of the Biden Agenda for Women, the proposed Paycheck Fairness Act (H.R. 7) states that only “a bona fide factor other than sex, such as education, training, or experience” can be valid to support a pay difference between men and women. It further sets out that this applies if they are performing substantially equal jobs at the same establishment. H.R. 7 imposes a “business necessity” test under which the employer must explain the manner in which a pay difference is job related.

If an employee files a complaint, and if the employer cannot establish that the pay difference is job related, the employer is at fault and could be liable for damages. The bill also bans the use of a job applicant’s wage history to set their wage if hired. The bill also seeks to establish a national pay transparency requirement. The bill passed the House of Representatives in 2019 but was not voted on in the Senate.

With some doubt as to their ability to push through some changes in Congress, the Biden administration hopes to get them enacted through other methods. One approach would be to reintroduce Obama era programs. One such program is the pay data reporting requirement, as well as litigation efforts focused on discrimination in wages.

During the Obama administration, various revisions were proposed to the EEOC reports, notably the EEO-1 Information Report. The proposal would have added a required disclosure of W-2 compensation and hours worked data for some race and ethnicity job categories. The proposed revisions, referred to as Component 2, were never implemented during the Obama administration. In July 2020, the EEOC announced that it would fund a study of the quality and utility of the data collected by Component 2 to make suggestions as to changes.

The Biden administration is also considering an equal pay certification program to be administered by the EEOC. Employers that can show that they are paying employees comparably for comparable work would be eligible to receive the certification.

Litigation and Enforcement to Increase

The Biden administration has made a commitment to enforce equal opportunity laws more aggressively. This will include expanded funding for the Department of Justice, the EEOC, and the Office of Federal Contract Compliance Programs. These agencies will get increased funding for litigation budgets, hiring attorneys, and for payment of litigation costs.

Most of these activities and the proposals are applicable to companies with more than 100 employees, but nothing is certain, and employers should be aware of possible increased scrutiny and action regarding equal opportunity and employment.

i What Employers Can Expect Under the Biden Administration: Outlook for Legislation on Fair Pay Equity – BarclayClaman.com