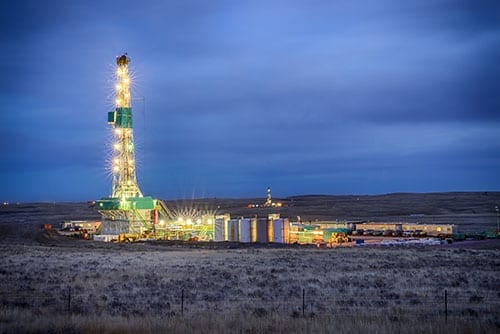 Shale Drillers Are Staring Down Barrel at Worst Oil Bust Yet

Russia and OPEC have gone to war over oil, and it’s creating havoc in the U.S. Finally, this country has achieved energy independence, and it’s threatened by the steep drop in prices for oil. This article discusses the effects of this energy war.

Prices for crude haven’t been this low since the 1990s, dropping to as low as $28 per barrel. That low and almost no oil production, and no fracking, is profitable in this country. Recent investments in production have created high debt levels for frackers, and companies are in distress, with bankruptcies imminent.

Banks are cutting credit lines, and other sources of funding are drying up. Major shale producers are announcing cuts in the number of drilling rigs. Though boom and bust cycles are frequent in this industry, this one rivals the one in 1986 when Saudi Arabia abandoned price supports and just pumped.

The article compares this crisis to the one precipitated by the 2008 financial meltdown. Demand and prices plummeted at that time, but fracking was still young. In 2016, a glut of supply pushed prices downward, but demand was high, and fracking was just getting rolling.

With more than 5 million barrels per day being pumped out today, fracking was just getting on a roll when the double whammy of the coronavirus and the Russia and OPEC crude war began almost in unison.

Read the article for more detail and analysis of the situation.